Three Buzzwords you think you understand 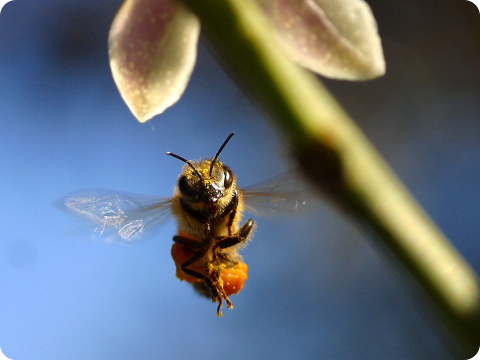 A few years ago, back in my college days, I was sitting in a class on writing for communication (as opposed to writing fiction, I suppose). Anyway, the prof was telling us how technical people are so prone to using jargon, and how bad that was for communication. “Never use jargon”, she said, “unless you are speaking to someone from your own industry”.

She never mentioned buzzwords, but I expect her advice would have been the same.

So what is the difference between these seemingly similar concepts? Jargon is language that generally develops organically as a type of verbal shorthand used by people in a specific field. It is particularly prevalent in technical fields. Buzzwords, on the other hand, usually originate as the result of a specific effort to come up with a phrase that is intended to catch peoples’ attention.

Buzzwords have a marketing focus, if you will, while jargon, despite my college prof’s claims to the contrary, have a communication focus. Many professionals who enthusiastically use the jargon of their field, actively oppose buzzwords.

Occasionally a piece of jargon gets co-opted and becomes a buzzword. Two of today’s buzzwords fit into this category, while the third is based on a picture.

Probably because there are a number of software packages out there that purport to handle all your MDM needs. They can slice, dice, and puree your Master Data. They do it quickly, and they do it easily. What they don’t do is help you to understand what your master data is, or why it’s so important.

What Master Data is not

What Master Data is

Master Data is any relatively static data that is required to be shared between two or more of your organization’s operational computer systems. For example, some customer data (name, address, etc) that is initially entered into your sales system is later required by your billing system. Some product data from your purchasing system is later required by your inventory control system. That’s Master Data.

Why does Master Data need managing?

One of the most common problems in organizations is that the master data in one system (such as the sales system) does not match the master data in another system (such as the billing system). If a sales person updates a customer’s address in the sales system, it needs to be updated in the billing system too. The problem is that these downstream updates often don’t happen correctly, or even worse, don’t happen at all. That is what MDM is really about.

What is Big Data?

If your computer systems are laggy, or your dashboards take forever to update, you may have been told that you have Big Data problems. The truth is that most organizations do not really have big data. Google and the NSA have big data. So do most telecom companies.

If you have a spreadsheet with five thousand rows and a few formulas, it runs well. If you up the volume to five hundred thousand rows, the same spreadsheet will be very laggy. Is this a big data problem? Well, for Excel it’s big data. But does it mean that you need to convert to a Big Data platform like Hadoop or Alteryx? Probably not. What is Big Data for Excel is small potatoes for My SQL or SQL Server.

Big data is commonly defined in terms of the "Three Vs": High Volume, High Velocity, and High Variety. The problem is that there is no clear definition of how big data needs to be, to be big data. Basically we are talking about data that exists in such high volumes, is so diverse in nature, or is generated so quickly that traditional programming techniques either take too long to get an answer, or just plain can’t keep up.

How big is big data? Think of the number of websites that Google indexes every day, or the number of text messages that a big telecom company like Verizon, or Bell needs to handle every hour, or the sheer volume and variety of the email and telephone conversations that the NSA reportedly stores.

There is a lot to be gained from building a platform with big data in mind, but if your computer systems are already built, and just a bit laggy, a wholesale conversion into a big data platform may be overkill. 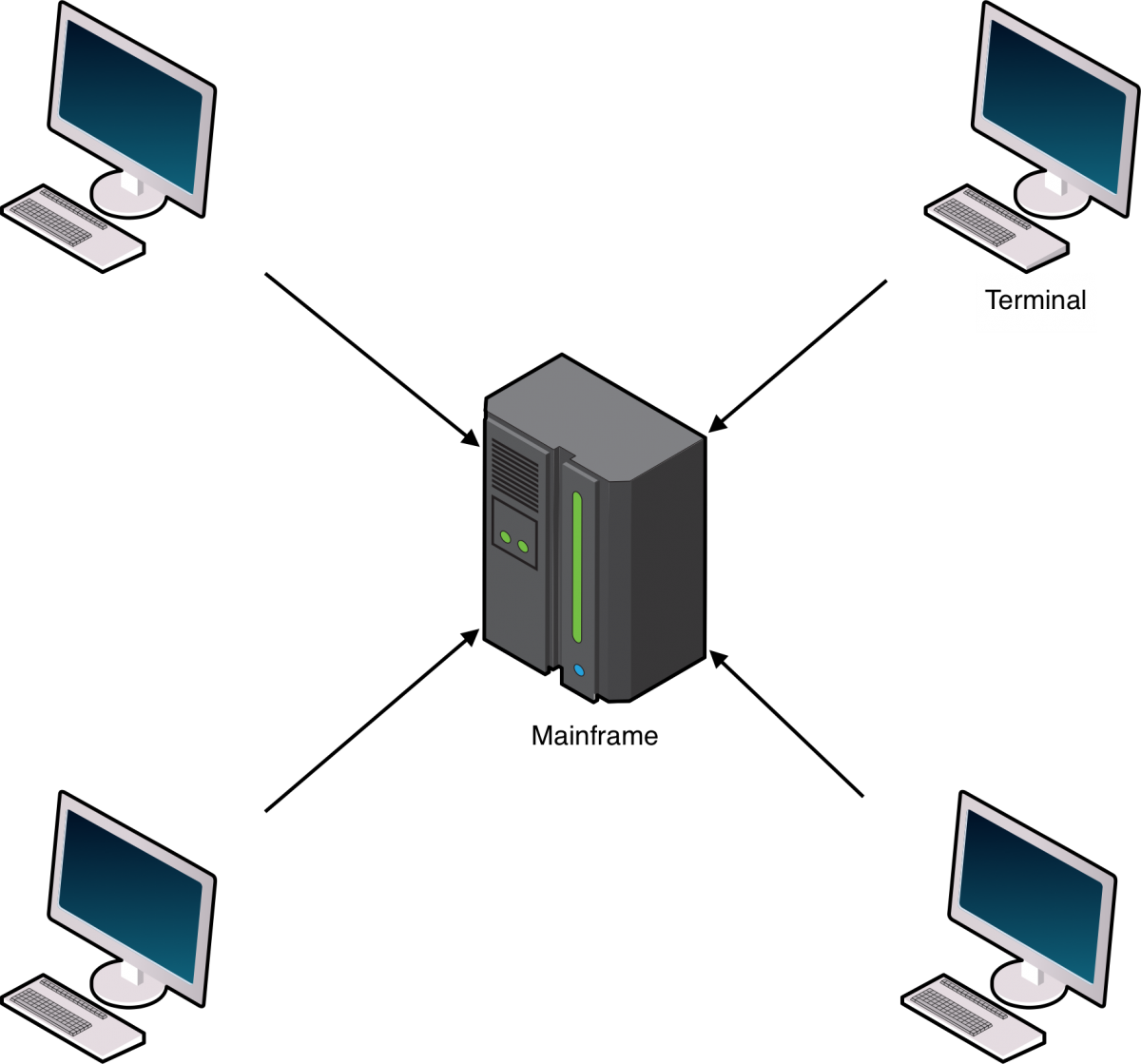 The Cloud really covers more than data, but it’s often data that people talk about when they talk about The Cloud. This buzzword is a bit different than the others in that its meaning wasn’t really altered, but it’s origins are interesting enough that I thought it should be included.

What is the Cloud?

To understand this, we have to start by looking at good old fashioned network diagram like the example here.

When computers first started being used by business, they were big, bulky things that filled entire rooms, or even entire buildings. All processing in an organization happened on the mainframe, with users connected to it by hard-wired terminals.

As networking became faster and cheaper, it became possible to remotely connect these computers and terminals, but dedicated communication lines were expensive. The answer to this was found in shared communication lines, and shared networks such as the Internet. Since the structure of these shared networks was usually unknown, engineers drew them in on their network diagrams as clouds. 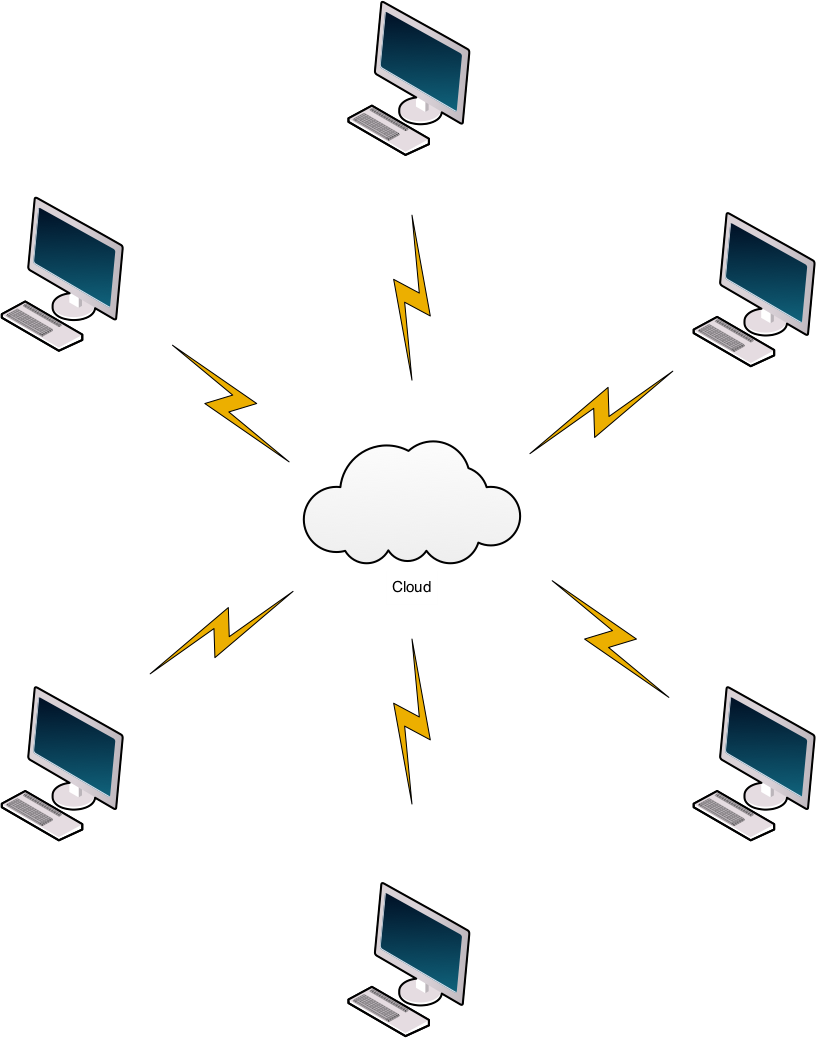 When shared storage and shared computing environments started to crop up, where the physical structure of the environments themselves were unknown (just like the shared networks that were used to connect to them), they fit nicely into the the cloud on the engineers’ diagrams.

So The Cloud comes from a literal translation of a network diagram, and really means that we don’t know where it is, or what it looks like.

To Jargon or not to Jargon

To finish the story about my college prof... Not five minutes after scolding us about the use of jargon, she was critiquing the work of one of my classmates which was projected onto a screen at the front of the class. She said, "This sentence contains a dangling verbal". The whole class broke into laughter, and she could not figure out why.

Wether you choose to use jargon or buzzwords is up to you, but make sure that you understand the words you are using. Throwing out a few buzzwords may sound like a good idea, but if you can't  explain them to your audience, you shouldn't be using them.